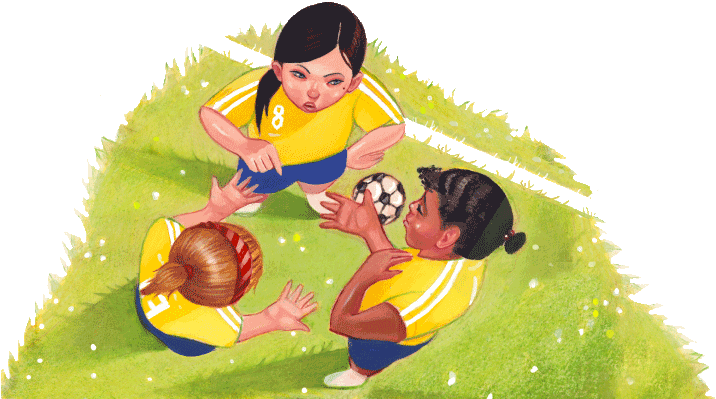 NOTE: please read first to make sure the content and reading level is
age-appropriate for your particular young reader.

Asher, Jay. Thirteen Reasons Why. New York: Penguin Group, 2007. Clay Jensen, a high school student receives a package of tapes in the mail from Hannah, his classmate and crush, who committed suicide two weeks earlier. In the tapes, she explains there are thirteen reasons (namely 13 people and their actions) who contributed to her decision to end her life. A powerful read that would greatly benefit with adult-guided discussions

Brown, Jennifer. Hate List. New York: Little, Brown and Company, 2010. I couldn't put this book down! Five months ago, Val's boyfriend, Nick, opened fire at students in their high school cafeteria. Val, who didn't know of Nick's intent at the time, was also wounded and is now implicated in the crime because of a written list she and her boyfriend made of the people they hated. Val is forced to face her demons and those of her peers when she returns to school to complete her senior year.

Charlton-Trujillo, e.E.. Fat Angie. Massachusetts: Candlewick Press, 2015. A touching and gutsy LGBTQ+ novel featuring an unforgettable cast of complex characters learning about themselves, and coming to terms with the reality of their lives, bullying issues,

Curato, Mike. Flamer. New York: Henry Holt and Company Books for Young Readers, 2020. Author-illustrator Mike Curato bravely draws on his own experiences to create a powerful graphic novel that shines light on bullying and its harmful consequences on LGBTQ+ youth. It's also about self-discovery and acceptance--something we need more of in our world.

Crutcher, Chris. Staying Fat for Sarah Byrnes. New York: Greenwillow Books, 1993. An unforgettable novel about high school social outcasts Eric and Sarah who help one another to stand up against social cruelty among their peers and bullying adults. IMPORTANT: Deals with mature, sensitive subject matter.

Ellis, Deborah. We Want You to Know: Kids Talk About Bullying. Canada: Coteau Books, 2011. Author Deborah Ellis asked students from ages nine to 19 to talk about their experiences with bullying. This book is a great resource for schools to generate thoughtful discussions with adult guidance.

Erskine, Kathryn. Mockingbird. New York: Puffin Books, 2011.Ten-year-old Caitlyn has Aspergers syndrome and she leaned on her brother Devon to help her interpret her world. When Devon is killed in a middle school shooting, Caitlyn gets help from a caring counselor to help her deal with her grief and learn how to make friends.

Flake, Sharon. The Skin I'm In. New York: Jump at the Sun/Hyperion Books for Children, 1998. Seventh grader Maleeka, with the guidance of a new teacher, overcomes her low self-esteem and the bullying behaviors of her peers.

Friel, Maeve. Charlie’s Story. Georgia: Peachtree Publishers Ltd., 1997. A fourteen-year-old girl named Charlie struggles to come to terms with the reasons for her mother’s desertion, her father’s silence, and the cruelty of her classmates.

Golding, William. Lord of the Flies. New York: Coward-McCann, 1962. A group of English schoolboys are plane-wrecked on a deserted island. This classic exposes the brutality among competitive peers.

Hall, Megan Kelley and Carrie Jones, Editors. Dear Bully: Seventy Authors Tell Their Stories. New York: HarperTeen, 2011. This is a collection of contributions from popular YA novelists and children’s writers who share their personal stories of the bullies, the bullied, and the bystanders.

Howe, James. The Misfits. New York: Aladdin Paperbacks, 2003. For seventh graders who don’t fit in their school decide to create a third party, ‘The No-Name Party” in the upcoming school elections to represent all students who have ever been called names.

Howe, James. Totally Joe. New York: Athenium, 2005. In his “alphabiography” project for his seventh grade teacher, twelve-year-old Joe writes about his life, friends, and what it’s like to be a middle school gay student. Joe’s voice is embedded with sensitivity, honesty, and humor.

Lohmann, Raychelle and Julia Taylor. The Bullying Workbook for Teens: Activities to Help You Deal with Social Aggression and Cyberbullying. California: New Harbinger Publications, 2013. Comprised of step-by-step activities and employing cognitive behavioral therapy (CBT) techniques, this workbook helps teens deal with their stress, fear and anxiety and empower them with instructive communication skills.

Mackesy, Charlie. The Boy, the Mole, the Fox and the Horse. New York: HarperOne, 2019. A beautifully illustrated story with timeless and timely truths told about kindness and love in such a powerful, simple way. Perfect for kids and adults!

Mayfield, Sue. Drowning Anna. New York: Hyperion, 2002. Ann tries to kill herself because of the ongoing vicious acts done to her by Hayley, her so-called friend. This is a great book for generating thoughtful discussion.

Patchin, Justin and Sameer Hinduja. Words Wound: Delete Cyberbullying and Make Kindness Go Viral. Minnesota: Free Spirit, 2014. A great resource for tweens and teens on how to be safe, respectful, and also how to spread kindness online and offline.

Reynolds, Jason. As Brave as You. New York: Athenium Books for Young Readers,2017. A beautifully crafted coming-of-age story that deals with themes of fear and bravery as well as guilt and forgiveness.

Russo, Meredith. If I was Your Girl. New York: Flatiron Books, 2016. A sensitively written LGBTQ novel that tells the coming-of-age story of transgender high school student Amanda Hardy, the prejudice she faces, as well as the kindness she experiences in her journey to be her authentic self.

Spinelli, Jerry. Stargirl. New York: Alfred A. Knopf, 2000. In this story about the perils of popularity, the courage of nonconformity and the thrill of first love, an eccentric student named Stargirl changes Mica High School forever.

Vawter, Vince. Paperboy. New York: Delacorte Press, 2013. This powerful coming-of-age novel is about an 11-year old boy with a debilitating stutter who discovers new friendships and faces dangers when he temporarily takes over his best friend’s paper route in the segregated South in 1959.

Wilhelm, Doug. The Revealers. Virginia: RR Donnelley & Sons Company, 2011. Three seventh grader social outcasts who are tired of being bullied team up in a unique, scientific way to publicly raise awareness of the bullying going on at Parkland Middle School.

Willard, Nancy. Be Positively Powerful: A Guide for Teens on Achieving Resilience and Empowerment. Oregon: Embrace Civility in the Digital Age, 2020. Willard shares with middle schoolers and high schoolers great insight and strategies for being more emotionally resilient and how to connect with their peers in more positive ways.

Zusak, Markus. The Book Thief. New York: Alfred A. Knopf, 2007. This is an extraordinary and haunting novel of survival and courage in Nazi Germany during WWII. A young girl learns about the power of words and how they can lead to salvation or destruction.